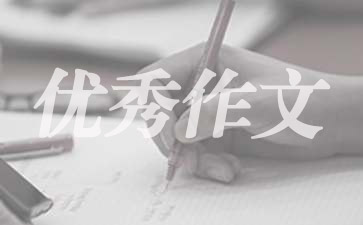 Spring festival is on the first day of the first lunar month. Chinese people most like the Spring Festival. During Spring Festival, Chinese people like having meals with their families, playing fireworks in the open air. My sisters and I played fireworks on that day. We had many fireworks. They were very beautiful. They were running into the sky and breaking into pieces. They looked like flowers in the sky. We were very happy and excited. After that, I made a wish. I hope that, we can have a happy and healthy life next year and everyone in my family can be happy.

I enjoy the festival very happy.

At the first night, I put on my roller skates and went on my way to the riverside road with my mothers escort. As soon as I arrived at my destination, I saw the fireworks in the sky and the lights on both sides of the Yellow River. It was like the two dragons coming to the world, which brought us a colorful spring festival.

At the close, the road on both sides of the trees are covered with colored lights, but also kept changing color, every street lamp has hung red lanterns greatly and Chinese knot, as a whole road is very bright, red, green and blue many lanterns, this street has become rainbow Street was resplendent with variegated coloration.

Although it was very late, my mother and I did not want to leave this beautiful riverside road, the spectacular Zhongshan bridge. I want to keep looking at this beautiful night! This is one of my happiest things. I would like to dress our riverside road more beautifully every day.

The last day of the lunar calendar is the biggest festival of our Chinese people - the Spring Festival. Every day, every family will have the Spring Festival couplets on the door, firecrackers outside, pack the delicious dumplings, and so on staying-up late on new years Eve celebrations.

In the early morning of the Spring Festival, all the families are busy with the same busy time. They clean the house out of the house happily. The old man began kneading dough, dumplings; young people in the home, the window with a window, character and poetic couplet; children are jubilant to help old people bustling about. People are ready to welcome the new year.

In the busy time, the time flies fast. In the twinkling of an eye, the sky had just turned into a dark blue sky, and the sound of the firecrackers was ringing. The black sky, firecrackers rang several times or even several times. I saw the side of the sky full of flowers of &ldquo ” riotous with colour;, shining in the sky over there? Li; Cuanshang “ &rdquo: dragon; a red and shining Dragon “ ” mustering the strength, the rotation, and then rushed to the night sky, explode in the air, and half bright sky...... The sound of the firecrackers and the laughter were all over the ears. At eleven oclock in the middle of the night, the noise of the outside weakened a little, but at twelve, it rounded again.

Why do you have this festival?

Legend has it that a long time ago, there was a monster named &ldquo, &rdquo. It always scourge humans on the last day of the year. People had to hide away on this day. One day, people were just about to hide, and an old white beard said to everyone: &ldquo, the most afraid of the year was red, light and sound. ” and then he flew to the sky. So, people put on the couplet on the door, set off firecrackers, a night without lights, “ ” see in a hurry to run away. To commemorate this Ganpao “ ” then, the last day of the lunar year, people will set off firecrackers, couplets, staying-up late on new years eve. Call this day “ year ” also called “ Spring Festival ”

What about? Come to China and join us with the Chinese people to feel the joy of the festival.

The Spring Festival is a family reunion holiday home, relatives are returned to their parents around the Spring Festival. The first night of the new year is called the new years Eve. It is a reunion night, and the family should sit around and make dumplings together. Dumplings and the approach is to face, and the word is ; dumplings is . Because combination and cross have the same meaning, so the reunion night to make dumplings.

The new years Eve night, we all ate the dinner on New Years Eve are bustling, sitting in front of the television, tasting the fruits, enjoy the Spring Festival Gala, looking forward to the new years bell sounded quickly. When the new years bell rounded, we were happy, because we were one year old again! When the sound of firecrackers as one falls, another rises, my brother and sister go to pay New Years call grandparents and parents, uncles and aunts, and wish them a happy new year, good luck in everything, all wishes come true, they are happy to give us the gift money, we wish the healthy growth and learning progress, I happily jumped up: finally get pressure old money! The sound of the worship of the family and the sound of the firecrackers outside the window into a song of joy.

After getting the money, we ran down the stairs to see the firecrackers. Dad dragged a bunch of firecrackers into the yard. We hurried back, put up our ears, and dad was fast, fast! A lit firecrackers, firecrackers on for a while, crackling sound, this is a new year greetings! Ah! The new year is coming!

There are many festivals in china. And among them, I like the most is the Spring Festival. Because of it, not only is the biggest holiday of the year, but the start of a new year, but also all of us all the people, come together festival.

Before the Spring Festival, people go home, no matter where they are. Usually, we in the new year's Eve dinner. Then the family sat together to share their lives or aircraft. Some people play games or go out to play. On New Year's day, people get up early to meet people who say. Children can get lucky money from relatives. In the coming days, we will visit relatives to pay New Year's call, give them. In a word, it is the family reunion and we all the time to enjoy it.

This is our happy Spring Festival, Do you feel happy?

Spring arrived, my father and grandmother at home mom ready to go New Year. Today is my happiest day because I want to see the grandmother had not seen for half a year, I miss her. Mom said, I gave birth and has been a grandma with a big, until last year and only returned home grandmother. The relationship between me and grandma Ke Hao, and she was very hurt me. Today, at last see her. I have written during the Spring Festival of the operation, and had a jolly New Year's preparations.

New Year two, we got up early in the morning, and put on new clothes, are all geared up, we set out. To the train station, I saw a lot of people picked up gifts for visiting relatives and friends. Soon the train came, and we are happy on the train, looking for a good seat to sit down. I would like to grandma eating snacks while they are doing. I guess they must have been preparing sumptuous meals to meet us.

To Nanjing, we ride buses back to Kuni. Within a short while, Mom's cell phone rang, and was originally called the uncle that they have to drive to meet us. Bus 1 arrival, I saw uncle's cars. I quickly ran off uncle, I loudly said: My uncle Happy New Year, uncle, all smiles, said: Happy New Year, Happy New Year.

We got on, uncle, while chatting with us while skillfully drove.

Along the way, looking ahead, on the rolling hills, winding river, the river flowing Qingqing, as well as that over crop fields, one looked, green, wheat, rape his mother said. Really look at is also endless. Car along a winding mountain road, then after a period of major dam reservoir, a short while went to the grandmother at home. Grandma has been waiting for us at the gate. The car, I ran to my beloved grandmother and says loudly: Grandma Happy New Year!. Then, we put the luggage door grandmother's room.

After a while, neighbors heard the girl to her grandmother at home in Suzhou, and were coming over to see me. Who know me say that I like tall, and even more beautiful. Say that this little girl did not know where he comes from, I really beautiful, tall so high, there must be more than 10-year-old bar, my mother said: Once a year, virtual nine-year-old. We shocked the age of nine so high!

Also after a while, the most loving of my eldest sister came. Sister, said: Oh, indigo indigo longer so high, and became the United States girls, and I have almost not recognize them. Then we went to the cousin, opened a toy factory visit. Toy factory getting bigger, and there was a lot of toys, cousin from the display cabinet where the samples come up with a doll given to me.

Evening, grandma come to us for dinner, and her grandmother are now ready to table a tasty dish, all the people are happy, drink and chat for adults talked business, work. Cousin chatted study, encouraged me to better eager to learn, especially foreign languages, and the future use big. Only an early age to learn in order to find a good job. I Sidongfeidong, I think of Mom and Dad usually said, I think we must seriously study the future!

The Spring Festival is one of the most solemn and most magnificent festivals. In the Spring Festival, the streets of Dao Street are all over the sea. People have a smile on their faces and enjoy the happiness of the festival.

The Spring Festival will be “ spring couplet ” My mother told me in particular, let me find a couple of spring couplets, and put them on the door of my house. Then, I found two couplets, I read aloud: “ golden dog he Suijia prosperity! Mother hurriedly say: “ the jade Yan Yingchun fumantang. ” ha ha, mom is really great! ” and a pair of reads: “ Five blessings descend upon the house on Christmas. ” mother said that the Spring Festival couplets were all auspicious words, and they were praying for a happy day in the new year.

After dinner, we were on time to watch &ldquo in front of the TV, and the Spring Festival Gala ” we watched with relish. The Spring Festival evening show very rich and colorful: Comedy and let us see the uproarious. Let us sing, dance, acrobatics, magic let us now singing, now dancing, loud shouts of applause. The party entered the climax, “ when Dangdang … … ” the twelve clock bells rounded, the new year came. I secretly made a wish, I hope to learn further in the New Year!

Look! There's a world of fireworks outside. The window is simply invites, particularly brilliant. How beautiful the beautiful fireworks are! A bit like “ &rdquo, some like The heavenly maids scatter blossoms.; “ big spark ” some stars, like “ ” some, like “ &rdquo … … lively and vigorous flourishes in calligraphy; much like “ air garden ”! These fireworks make people see dizzying, dotted the sky resplendent with variegated coloration.

It's a good feeling for the New Year!